In Scottish law (that all who live in Glasgow have to abide by), you can be charged with breaching the peace if you engage in any kind of disorderly behaviour which would have a negative effect on other people who bore witness to it. You could get into trouble for things such as swearing or shouting, and the law extends to things like using or threatening with weapons, or sending messages which could be interpreted as being abusive. 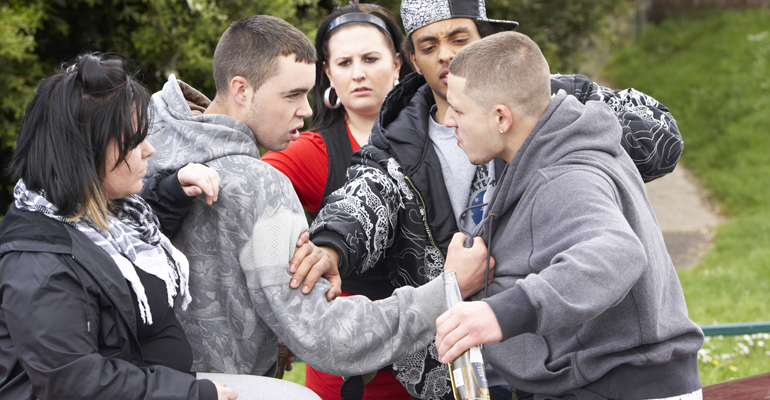 It is important to have a good lawyer to help you deal with these cases, as you will need to be able to convince a Justice of the Peace that the behaviour of the accused would have caused alarm to anyone who happened to witness it.

If you have been accused of breaching the peace, it is up to you to be able to prove that any behaviour that you engaged in could have been seen as being reasonable. It isn’t always easy to prove this kind of thing, but at Criminal Lawyers Glasgow, our professional team have a lot of experience of doing exactly this, and are the ideal people to have on your side.

Blackwater Solicitors Glasgow will advise and defend you in cases of this type. As Glasgow Solicitors we come across offences of this kind all the time.

These cases can be prosecuted in either the Sheriff Court if slightly more serious, or the Justice of the Peace court if less so.

Even if you agree that you are responsible for some of the conduct alleged, you may still have a defence that it was reasonable in the particular circumstances of your case.

If you have been accused of breaching the peace, it is up to you to be able to prove that any behaviour that you engaged in could have been seen as being reasonable.